Home » Blog » Why craft beer is so popular

Whilst the US has been traditionally known for mass-produced, pale lagers, similar to pilsner, it may be surprising to know that US brewers played a crucial role in the rise of the Craft Beer revolution.

According to the Brewers Association, an American Craft Brewery is defined as a small, independent brewery that makes beer in a traditional non-mechanised way.

There are currently over 7,000 breweries in the US, employing 135,000 people in both part-time and full-time roles and, with an economic impact of around $67.8billion in 2016 alone, it provides a vital small business industry within the country. 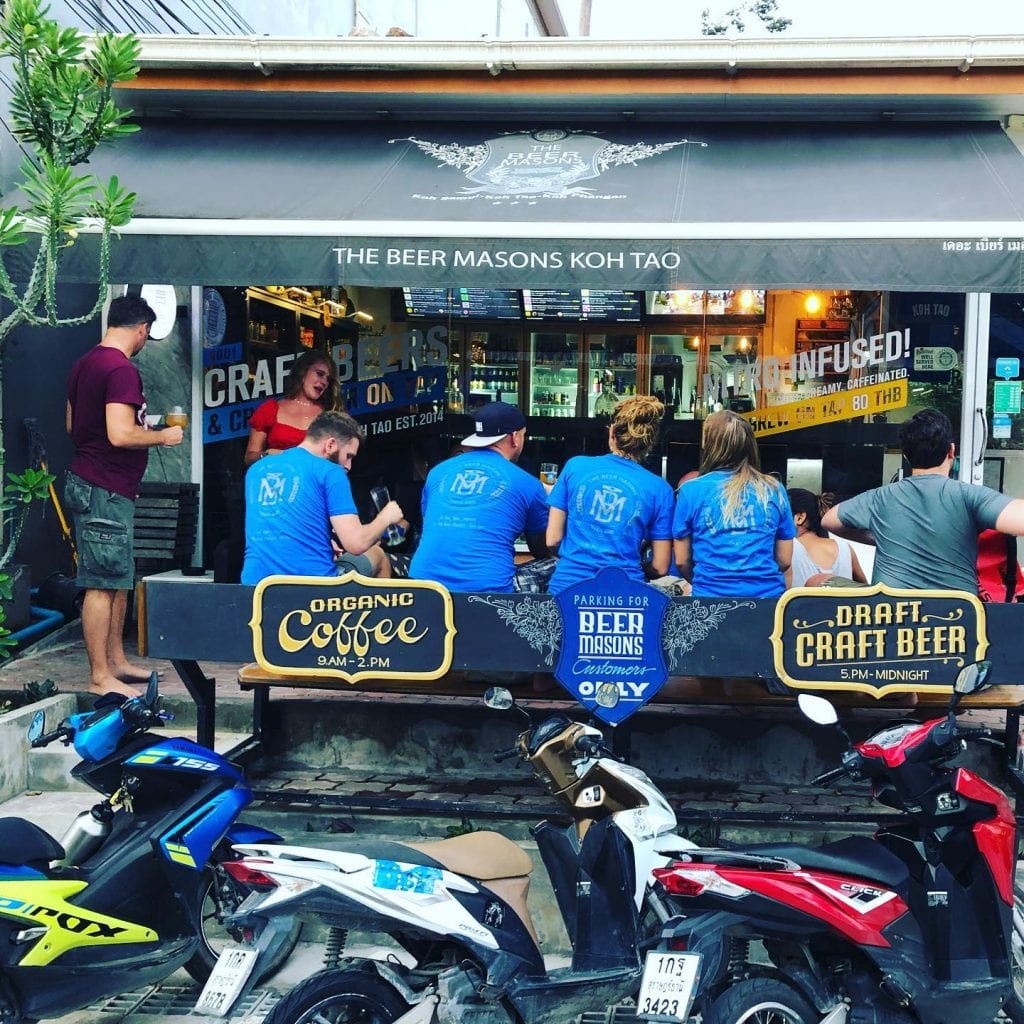 So how did a country with very few established brewing traditions become so influential in the revolution?

In order to understand this, you have to go right back before Prohibition to a time when “Tied” houses were common place. Tied houses were bars that were linked to brewers and distillers.

This link provided a monopoly that allowed the alcohol prices to be pushed down. Patrons were encouraged to get drunk on the cheap alcohol before then being pushed to spend their money on gambling, prostitution and other vices.

Prohibition abolished these Tied houses and once the 21st Amendment was enacted, and Prohibition was lifted, the lawmakers looked for ways to make drinking safer. They decided the best way to do this was by implementing alcohol laws that would prevent Tied houses from being re-established and controlling the industry.

And so, the “three-tier” system was created.

Under the three-tier system, producers (tier one) have to sell to independent wholesalers and distributors (tier two) who, in turn, sell to retailers (tier three). This system purposely makes the alcohol business inefficient and difficult for anyone to dominate. 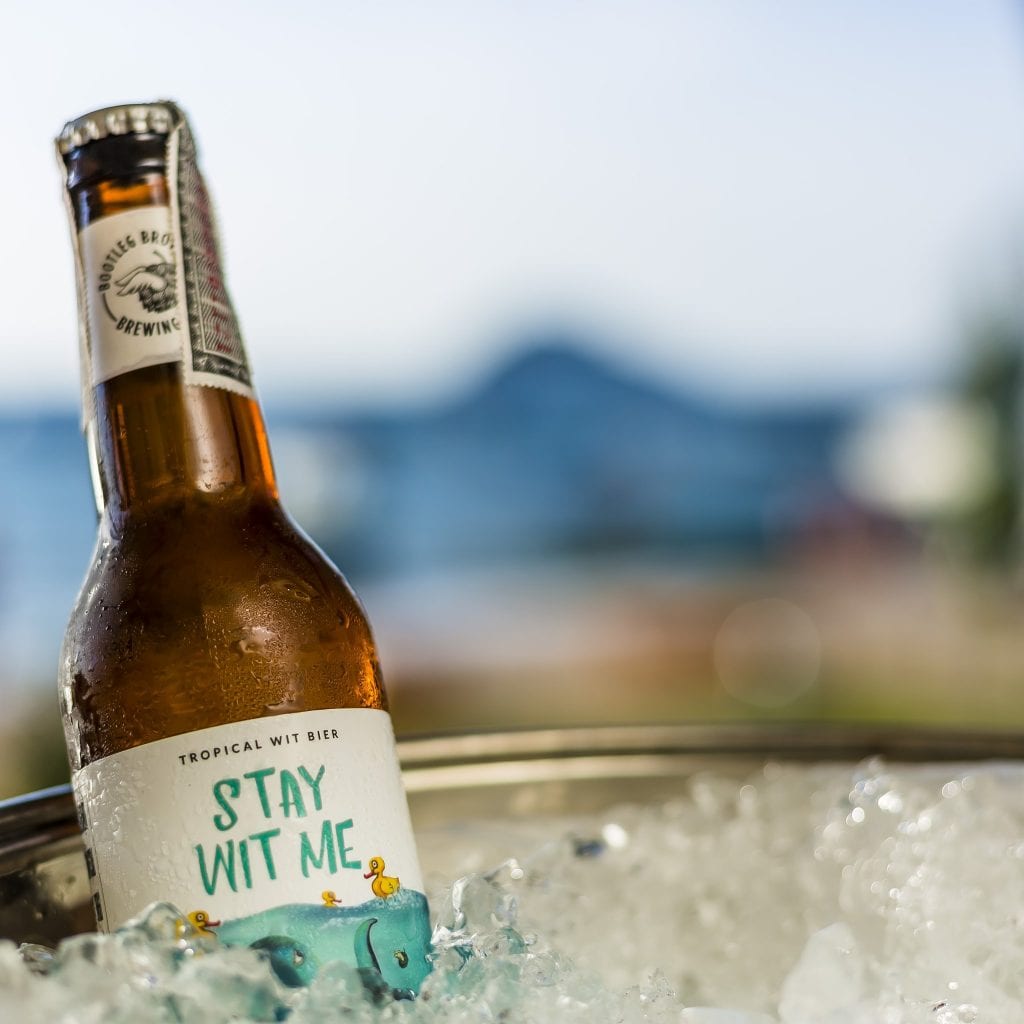 The inclusion of middlemen to limit the power of big brewers, helps to maintain the moral balance whilst also helping to promote variety within the industry.

As well as creating the three-tier system, laws were put in place to make it illegal for incentives to be given to retailers to secure more favourable positions on the shelfs, or to buy shelf space to prevent others from using it.

By doing this, retailers ensured they had enough room to include products from smaller brewers as well.

During the 1970’s there were three events which contributed to the rise of the Craft brewer. Firstly, Cascade hops were released to brewers. Having been developed during the 60’s, it provides excellent flavour and aroma qualities that appeal to craft brewers, as well as producing an excellent yield.

Then, an English writer named Michael James Jackson released a book called “The World Guide to Beer”, which provided inspiration for American brewers to be more inventive. Finally, the government amended the laws to make home-brewing legal. 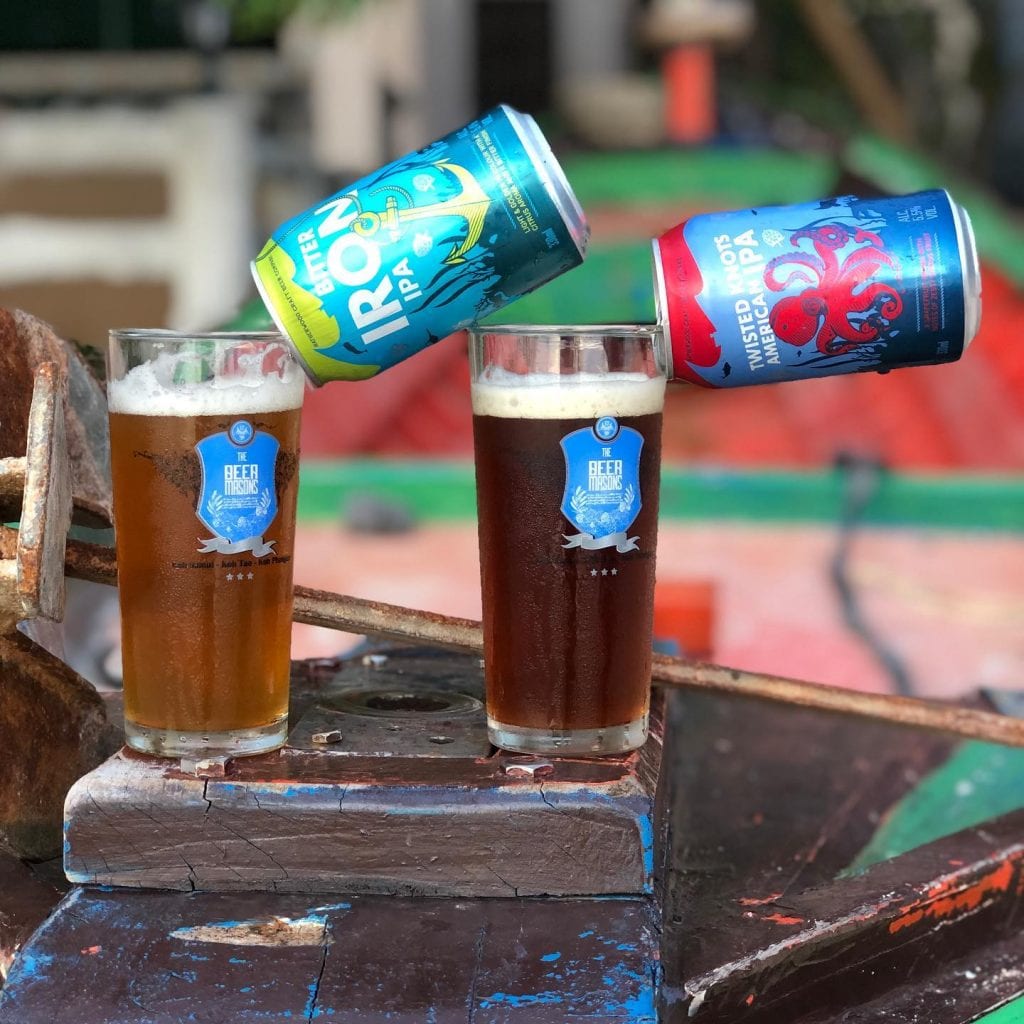 As we moved into the early 80’s, during the time of Ronald Reagan, some of the laws surrounding the three-tier system were relaxed, which allowed the formation of two super-brewer groups, Anheuser-Busch InBev and MillerCoors, who were able to control 90% of the beer production.

Whilst the number of brewing companies had declined, many people were opting to brew their own beer and in the late 80’s and early 90’s the appeal of home-brewing crossed over into the mainstream, signalling the beginning of the Craft Beer revolution.

The lack of brewing tradition and pub companies in the US meant the microbreweries had more freedom and desire to create new and exciting flavours so they experimented a lot.

Using UK brewing heritage, they developed similar IPA’s, but because the hops were being grown in sunnier climates their products had bigger aromas and flavours.

The early beginnings saw a peak in 1999, around the time the dot-com bubble was ready to collapse, before a second period of growth began in 2004. That period of growth, which has yet to end, saw the craft beer revolution expand beyond the US.

With travel becoming less expensive, people outside of the US were discovering these flavours and becoming inspired. They began to introduce craft beer to their home countries, which helped the revolution spread.

In the UK, the craft beer revolution took a bit longer to take hold as traditionalists in the brewing industry dismissed it. The introduction of the smoking ban in public places in 2007, however, forced the pub industry to change in order to attract new customers.

Initially, they began to offer a wider variety of products including coffees and breakfasts. As the choice increased, people began to be more selective about what they wanted and became more interested in premium products.

This in turn increased people’s interest in the ingredients, eco-values, and traceability of their food and drink as well as making them more empowered to buy products they knew were from independent producers or that were produced in a more environmentally-friendly manner. 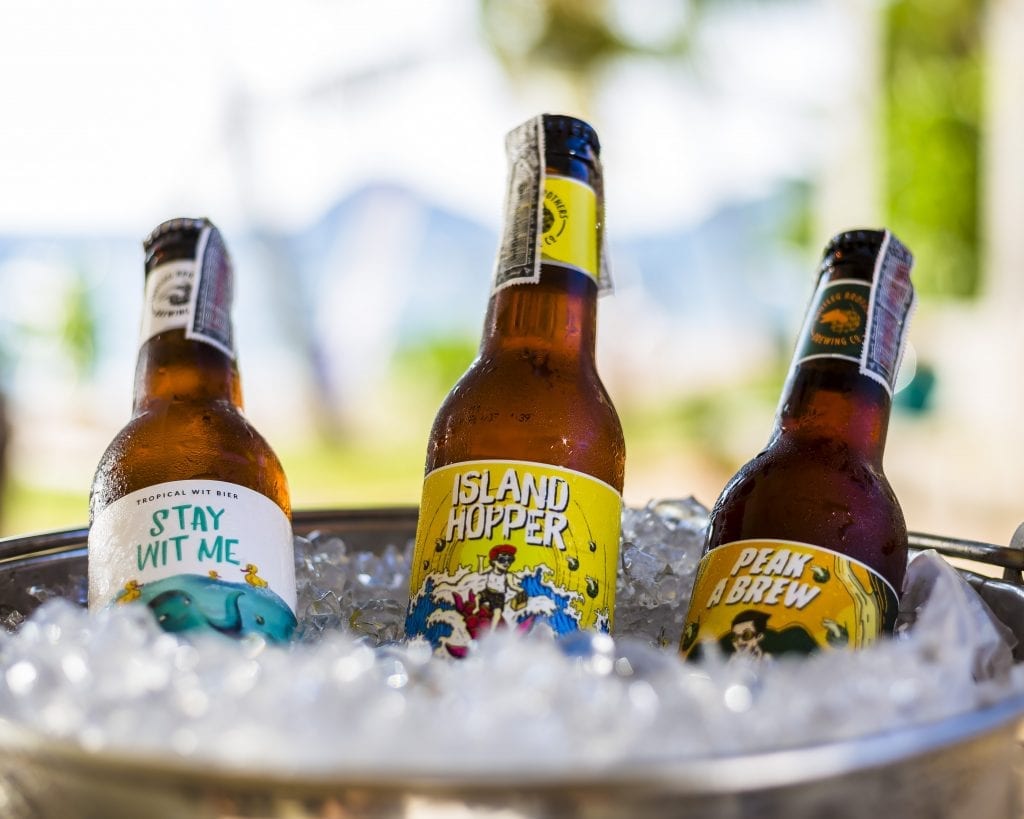 Microbrewers cared about their product and provided a transparency between beer and business that hadn’t been seen before. They were also seen to be relevant, honest and trustworthy which, in the age of social media, is necessary in order to stay in business.

By managing to do all of this the micro-brewing industry produced a drinking scene that is diverse, enthusiastic and confident, and so the revolution began in the UK.

There are a number of reasons why the craft beer scene continues to grow. Firstly, it has welcomed a large number of new beer drinkers who previously would have said they didn’t like beer.

Craft brewers have provided a range of drinks that are full of flavour, and actually taste like their ingredients, enabling new beer drinkers to find a product that really suits their tastes.

Secondly, the drinkers attracted to the craft beer movement are keen to keep trying something new and one of the hallmarks of the industry is the continued experimentation.

Using different types of hops, alongside ingredients you may have never expected to see in a beer, the brewers can produce different flavours to match with anything from the current season to the food you eat!

The continued experimentation also means that craft brewers have provided a drink you can really have a conversation about. Drinkers have become more interested in the origins of the company behind a product and what drives that company.

This is something that craft brewers excel at. Being able to show you produce a sustainable product can be a major driving force in your success and craft brewing is seen as much more sustainable.

Another factor helping to keep the revolution growing lies in the fact that many craft breweries also have restaurants or tasting rooms attached to them. By offering sessions which will allow a group to try out their new flavours, they provide an opportunity for friends to get together socially and do something a bit different. 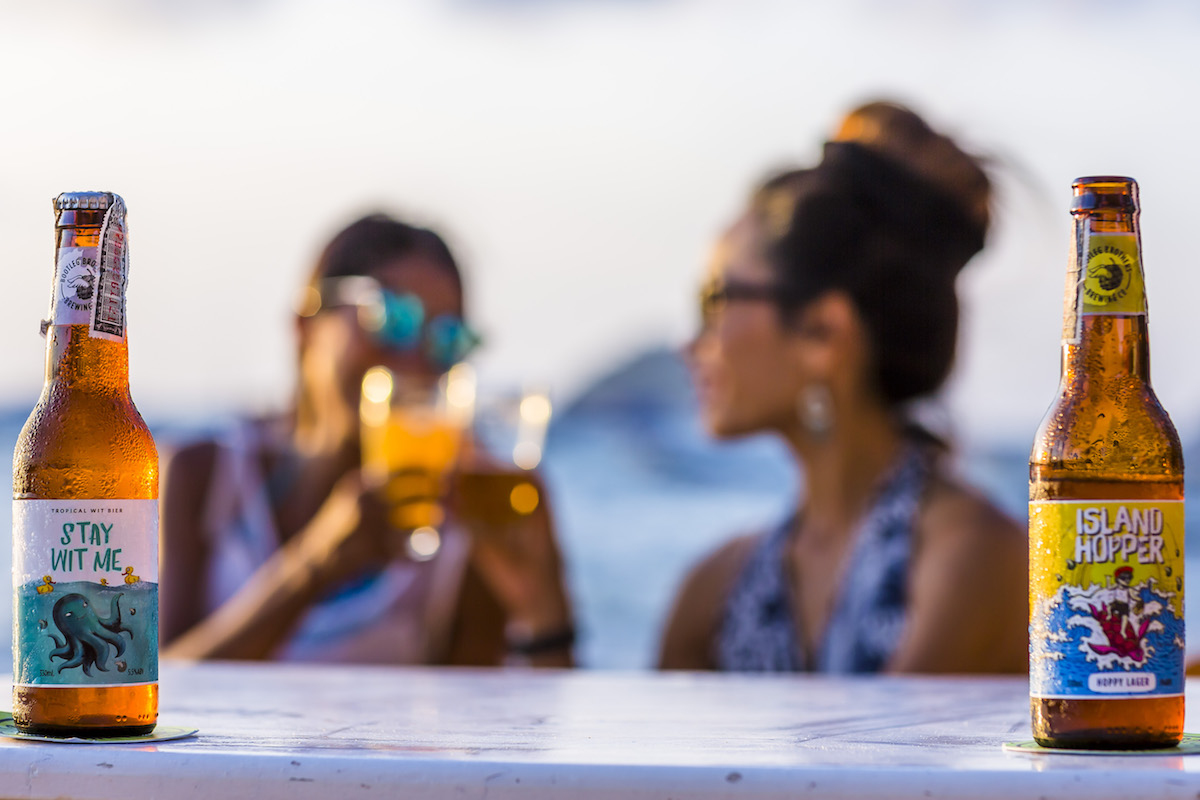 The revolution is not just happening in bars and pubs now either. With retailers stocking an ever-growing number of varieties, the drive for demand has also come from home drinkers.

In response to this, brewers have begun distributing their product in cans, as opposed to bottles, making them more portable and suitable to be carried on outings such as camping trips.

With the growth of the industry continuing it is no surprise that craft beers are finding their way on to the menus of many restaurants and bars. Breeze Koh Tao is no exception and is now stocking 3 different flavours from the Thai brewery Bootleg Brothers so pop down and get on board the revolution.

For the more discerning and fanatical craft beer lovers, the Beer Masons Koh Tao is a local distributor and the dedicated craft beer bar to visit. Situated in Sairee village on the main road it has become a popular drinking venue for locals and visitors to Koh Tao and should be added to your travel itinerary as a must visit. 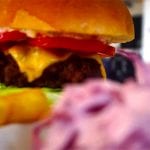 The Popularity of Homemade Burgers Previous